The system configuration of the supercomputer Fugaku is described below.

The single node performance is summarized below. The unique chip is based on the Arm instruction set architecture. 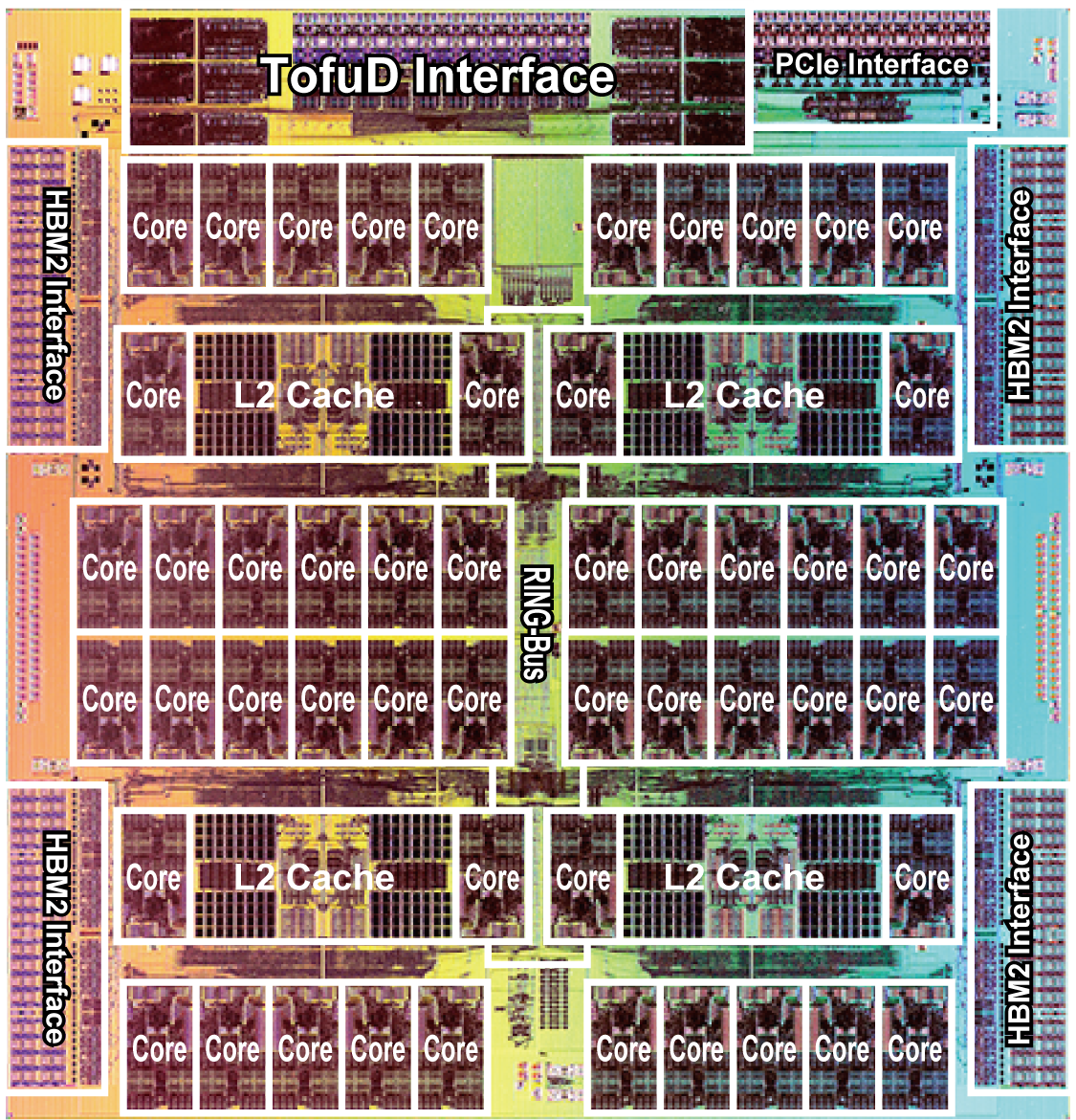 The 6D mesh/torus interconnect is used for communication between nodes. Low latency and high throughput are achieved by Remote Direct Memory Access (RDMA).

TofuD Interconnect structure
Six Tofu Network Interfaces (TNIs, each performs at 6.8 GB/s), 40.8 GB/s in total, are connected to the Tofu network router with 10 ports with 2 lanes each (20 lanes in total).

About 200,000 Tofu cables connect the CPUs of Fugaku. About half of them are fiber optic cables that run between racks, the total length of which is about 900 km.

Another approx. 10,000 cables connect the racks to the storage, etc. 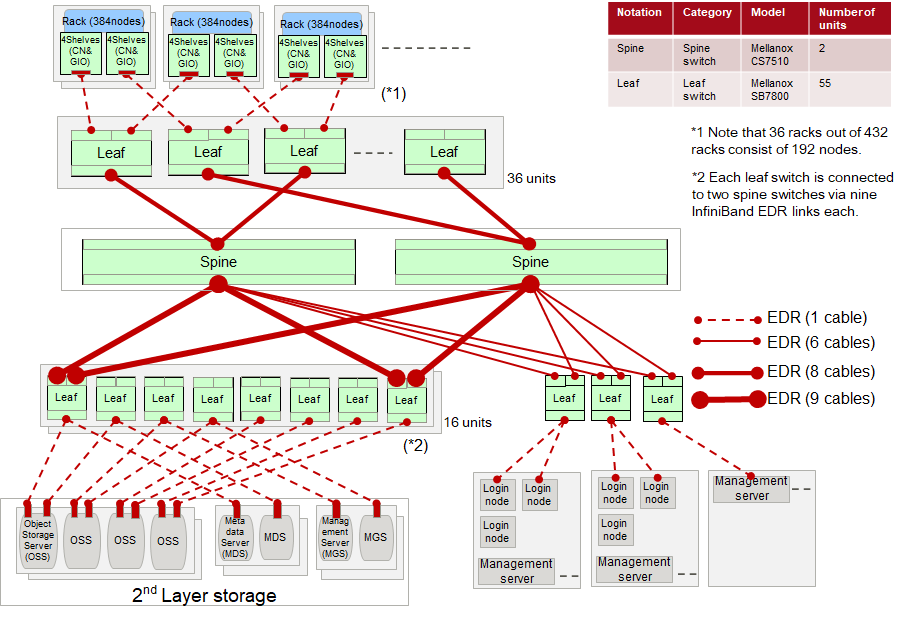