Cultivating the Future through High Performance Computing:
“The Science of computing, by computing, and for computing”

Implementing the newest research that integrates “simulation,” “big data analysis,” and “AI” through high performance computing (HPC) to solve scientific and social issues and to bring about revolutionary development of our society. This is the mission of R-CCS.

Aiming to Solve Issues for Our Complex, Advanced Modern Society

While scientific and technical development along with globalization have brought tremendous benefits to mankind, their rapid progress has also created complex and challenging issues in science and our society. The main direction of SDGs* was thus taken within the global framework so as to resolve these interlinked and interacting issues. This is a universal goal not only for developing countries but also for developed ones, and various scenarios are drawn in various perspectives (government, industry, academia, local communities, etc.) as the efforts and solutions for the issues.
In Japan, the government and many economic organizations are also playing a leading role to accelerate the development for a sustainable society with solutions to the issues and creation of new values through digital innovation along with diversified imagination and creativity.

*SDGs, Sustainable Development Goals- set in 2015 by the United Nations General Assembly and are intended to be achieved by the year 2030 as in the “2030 SDG Agenda.” It consists of 17 goals and 169 targets as quoted in its official pledge - “leaving no one behind.” 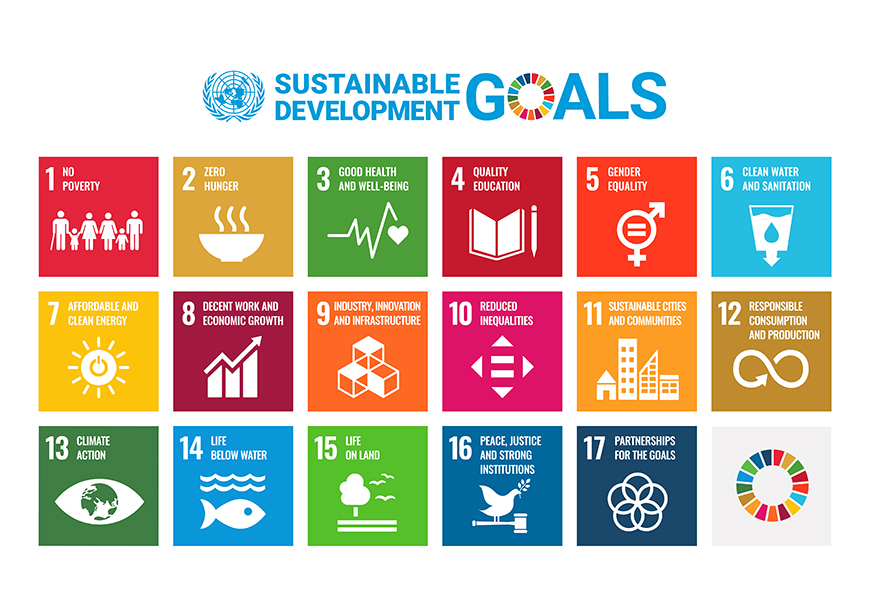 For the Integration of Computational Science, Data Science, and AI

Up to this moment, the development of our human society is based on solution of various issues with the power of "theoretical science with hypotheses and theories" and "experimental science to prove hypotheses in experiments and observations." Yet, with the power of computers that have developed rapidly in recent decades, a third scientific method, that is, "computational science with simulation and analysis based on models" has emerged to solve larger and more complex issues that are difficult to observe and verify by conventional methods. Moreover, because of the explosive increase in the amount of data flow and the evolution of machine learning, "data science" that targets big data analysis and AI inference has become the fourth scientific method that follows "computational science" with an overwhelming sense of presence. As science and society have changed due to the evolution of computers, the demands of the changed science and society have become more challenging that computers and related scientific methods also developed tremendously.
Our things, spaces, functions, and services are becoming smarter, and the interconnected complex world is steadily becoming truer. One of the solutions to such interlinked issues in our society is "cross-divisional cooperation and optimization of various social systems." To make it a reality, it is crucial to connect the virtual society generated in computers and the real world with a huge amount of data, and to conduct continuous simulation, big data analysis, and AI prediction so as to verify the solution. Its foundation is in turn the role of HPC (High Performance Computing), which is getting more and more important.
In such an era, R-CCS aims to establish a fifth scientific method by HPC with an eye on the changes in science technology and society by integrating computational science, data science, and AI.

Cultivate the Future through “Science of computing, by computing, and for computing”

The development process to a future society in which all of us can feel fulfilled, as envisioned in the SDGs, relies on HPC. R-CCS is the world's top-level research center for HPC and the core research center in Japan upholding "science of computing, by computing, and for computing." With collaboration with various international and domestic institutes, We develop pioneering supercomputers, integrate advanced simulation, big data analysis, and AI, and then contribute the results back to various scientific fields and our society.
We also conduct research to pursue the essence of HPC and its potential to solve unforeseen issues in the future and to bring scientific breakthroughs beyond people's imagination.
To pursue the essence of HPC is, after all, to open the gateway to the future of mankind. 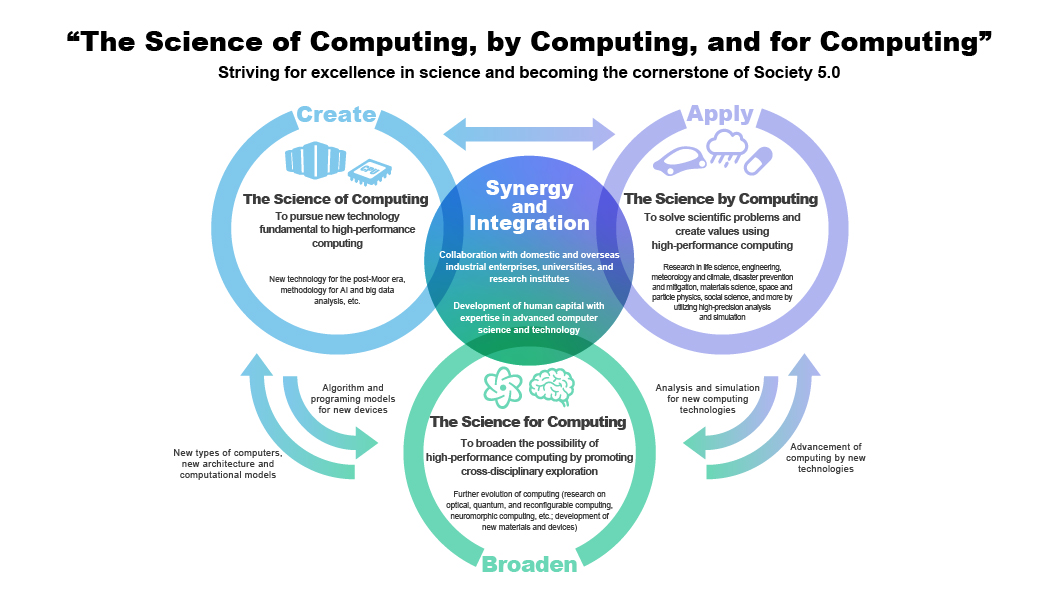 The Supercomputer Fugaku is the Fruit of R-CCS’ Research Effort

R-CCS had been implementing the operation of the K computer in an extremely stable manner from 2012 to 2019 to produce internationally acclaimed results in various fields and to develop the potentials of simulations through the use by research institutes, universities, as well as by the industrial sector. The development of the supercomputer Fugaku, the successor of the K, started in 2014 and its full operation began in March 2021. Fugaku is the fruit of R-CCS’ HPC research effort, with which we will contribute to solve challenges in science and society in coming years.