FrontFlow/red-HPC is a general-purpose software package for thermal fluidsanalysis. This package began as the FrontFlow/red-HPC Ver.3.0 component of the RSS21 free software suite developed as part of the Revolutionary Simulation Software (RSS21) program operated by Japan’s Ministry of Education, Culture, Sports, Science and Technology (MEXT) for the purpose of designing next-generation IT platforms. Later, the package was further developed and improved by researchers at Hokkaido University and Japan’s RIKEN Center for Computational Science involved in Strategic Programs for Innovative Research Field No. 4: Industrial Innovations and other programs. The software library was specifically developed to accommodate a broad range of usage environments—from standard desktop workstations to next-generation supercomputers—and is widely used by scientists and industrial R&D teams specializing in engineering and manufacturing.

FrontFlow/red-HPC is a package for solving the equations that govern thermal fluid phenomena. The package, which uses unstructured grids to ensure efficient representation of complicated geometries, is designed with the specific goal of accommodating problems spanning the full spectrum of computational complexity—from simple studies appropriate for small PC clusters to large-scale calculations on next-generation supercomputers. The code is designed to exploit computational efficiencies not only when running on supercomputers such as the K-computer or Fujitsu’s FX10, but also on ordinary computers such as Intel-based desktop workstations—a feature made possible by a collaborative development process in which contributions to the code base are made not only by RIKEN personnel, but also by scientists from various universities who are users of the code, as well as commercial software developers.

Why do engineers and researchers choose to use FrontFlow/red-HPC?

FrontFlow/red-HPC not only solves the steady-state problem arising in the well-known RANS (Reynolds-Averaged Navier-Stokes) formulation—a conventional technique that has long been used in engineering problems—but also offers the option for numerical modeling in the LES (Large Eddy simulation) framework, enabling highly accurate predictions of unsteady phenomena exhibiting temporal variation on various timescales. Because FrontFlow/red-HPC can execute these numerical modeling procedures efficiently on parallel-computing architectures, it has become widely used for problems involving large-scale physical phenomena of extreme complexity, including automobile aerodynamics, combustion in gas turbines, and wind-flow trajectories in urban environments. In addition, FrontFlow/red-HPC is designed to be readily extensible, easily accommodating the addition of new analytical models, new methods, and new ideas—and thus serving as a powerful testing ground for computational experiments, both in practical design projects and in basic research. This makes FrontFlow/red-HPC a valuable platform not only for industrial engineers but for university researchers as well. A commercial edition, based on Ver.3.0, is under active development; it adds a variety of new features—enabling several new methods—and offers options for utilizing sophisticated technological services. As just one example of the capabilities of FrontFlow/red-HPC, a team of researchers from RIKEN and Kobe University recently completed a successful study of automobile aerodynamics using a model that not only incorporated the motion of the vehicle body but even took into account the response of the driver—factors that no previous software package could possibly have handled. 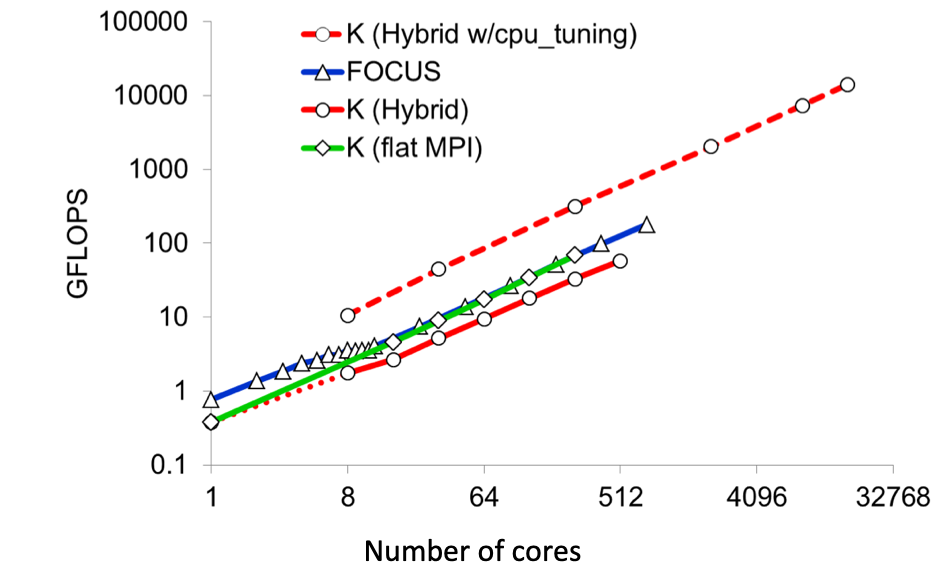 Publications resulting from this research