Shared use of the supercomputer Fugaku has begun. Fugaku was developed in collaboration with Fujitsu starting in 2014 following a four-year preparation period. The aim of the project was to develop a user-friendly supercomputer with a high performance-to-power ratio, high productivity, and high reliability, with the aim of leading the way in resolving various social and scientific issues facing Japan, and contributing to scientific and technological progress, strengthening industry, and creating a safe and secure society. During the installation process, it was used starting in April 2020 for the purpose of tackling the COVID-19 pandemic, and it has already produced many important results.

Fugaku’s performance target—to be 100 times more powerful in actual applications than its predecessor, the K computer—was achieved with the bonus of reduced power consumption. This was achieved thanks to research and development on hardware and software, based on a process of co-design carried out with nine research institutes selected by the Ministry of Education, Culture, Sports, Science and Technology to implement priority projects.

For two consecutive terms, in June and November 2020, the Fugaku supercomputer took first place on four global benchmarks of supercomputer performance. I am very much looking forward to seeing the world's No. 1 supercomputer be used to accelerate the development of advanced science and technology, including for the achievement of Society 5.0, which was laid out in Japan’s Fifth Science and Technology Basic Plan as a concept of a desirable future society, and to grow to be an ever more user-friendly supercomputer. 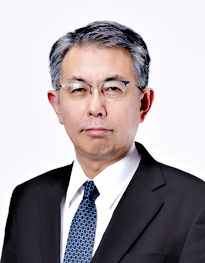